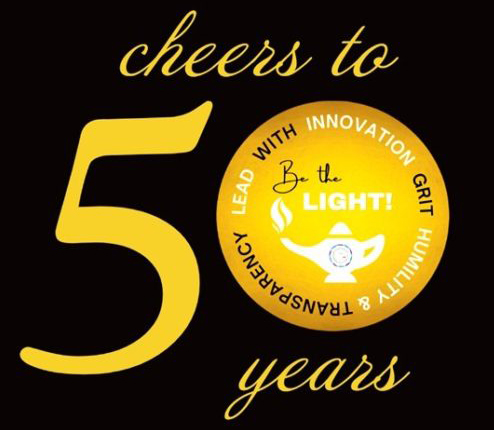 As the official professional organization of Filipino-American Nurses in the Metropolitan, D.C., PNAMDC will uphold the positive image and welfare of its constituent members; promote professional excellence and contribute to significant outcomes to healthcare and society.

In 1971, a small group of Filipino nurses under the leadership of Tess Sanhez Cauterrucci, organized the Philippine Nurses Association. The concept of organizing stemmed from the need to assist Filipino nurses for the state Board Examination. During that time, the regulatory and licensure commission were closely enforcing the Nurse Practice Act. The new mandate from the State Board of Nursing required all nurses including foreign graduates to be duly licensed to be able to practice in their respective states.

The organization was registered in the District of Columbia. Tess Cauterrucci served as the first President until 1973. She and her officers developed a board review curriculum and hired credentialed re-viewers in preparation for the state board examinations. The nursing Boards of different states including the District of Columbia, Maryland, Florida and Virginia, approved the curriculum.

Crescencia Quintos was elected president in 1973; Alice Namata Andam succeeded her in 1974 when she was not able to finish her term due to an unfortunate serious accident. The association continued to offer review classes to all foreign graduate nurses in preparation for the state boards for a minimum fee of $5.00 per subject.

Mamerta Benzon served as the president from 1976 to 1987. During her presidency the association became involved with the Asian Voters Coalition and the Philippine Heritage Federation.

Naty Labrador led the years between 1987 and 1989. She also initiated the assistance to newly arrived nurses in their job placements. She initiated the health-screening program serving the community.

Zenaida Marcelo was elected president in 1989 and served until 1991. She continued to give assistance to the newly arrived nurses. She extended the health-screening program to more communities.

In 1993 and 1995, Naty Labrador again rose to the occasion and took leadership of the organization. Through her leadership she guided the organization steadily during the tumultuous years by upholding the constitution and by-laws of the association.

Emma de la Rosa served as president from 1995 to 1997. She worked hard and collaborated with the PNAA in seeking legislation in the extension of H-1A visas to foreign educated nurses. As a result of this concerted lobbying efforts, a bill was passed averting the mass layoff of nurses mostly employed in long-term care facilities. Under her leadership, the organization became a member of the Philippine Nurses Association of America.

Diana Comiso was president from 1997 to 2001. She worked hard to obtain the IRS 501(C) 3 non-profit status for the organization. Diana was also instrumental in the elimination of the CGFNS examination for licensed practicing Filipino nurses from other states seeking endorsement to practice in the District of Columbia.

Alice Andam was elected president in 2001, re-elected in 2003, 2005, 2007 and 2009 for her fifth term. She had accomplished fourteen (14) medical missions to the Philippines as the Medical Mission Organizer/Coordinator, nine (9) of which happened during her incumbency as PNAMDC President, that provided free healthcare services and medication to over 58,253 indigent patients in the underserved areas in Luzon, Visayas and Mindanao, Philippines. PNAMDC became the first chapter in the Eastern Region of the PNAA and the second PNAA chapter to promote medical missions. Locally, she expanded provision of free health screening and flu shot vaccinations to low in-come seniors, as well as first aid services in the Washington, D.C. Metropolitan area. Under her leadership a comprehensive orientation program on the integration and transitioning to the American way of life was offered to newly arrived nurses and teachers from the Philippines. Through her leadership, PNAMDC won the Global Geny Lopez, Jr. 2009 Bayaning Pilipino Award. After her term of office, she accepted to continue her role as the PNAMDC, Inc.’s Medical Mission Organizer and Coordinator which is the legacy of the association’s humanitarian services to the underprivileged areas in the Philippines.

Marissa Usman was the 12th President of PNAMDC, year 2011–2013.  She completed two medical missions and continued to provide free healthcare services in the local community in partnership with other organizations. She conducted three Nursing Educational Seminars to improve the nurses’ _skills and professional excellence. Actively participated in leadership conferences. PNAMDC has now its Facebook account and Website, in addition to the Newsletter. PNAMDC sup-ports US Medicare Portability to the Philippines. Her leadership was at the forefront when she sought for an apology from DC Council Member Marion Barry for his insensitive, disrespectful and divisive remarks against the Filipino Nurses working in Washington D.C. On May 24, 2012, after a dialogue with Mr. Marion Barry, a press conference was held where he apologized to PNAMDC, to President Marissa Usman and to the Filipino nurses.

Leonora P. Mendoza was the President from 2013 to 2015. She launched the Wellness Initiative, which includes dance exercise and a 3K Fun Walk/Run. PNAMDC is the first PNAA Chapter to incorporate Dance Therapy as part of their Educational Program. She embarked on the new global Educational Outreach program in collaboration with Liceo de Cagayan University, Cagayan De Oro City, for the academic development and clinical practice of their nursing students. She completed two Educational Conferences in Virginia with prominent health educators and speakers. She conducted two medical missions to the Philippines one in Iba, Zambales and Cagayan De Oro City, two satellite missions in Bantayan, Cebu and Tacloban City, and de-livered relief funds in Daanbantayan, Cebu for the victims of Typhoon Haiyan. Under her leadership, four orphans, who became orphans because of Typhoon Haiyan were adopted with the goal of supporting and monitoring their education and safety. Through her leadership, PNAMDC received a grant from the Philip-pine Humanitarian Coalition helping orphans for the Prevention of Human Trafficking and the PNAA Trans-formation Award. She created the Trinidad Padama Scholarship Fund in memory of PRO Trinidad Padama. She was instrumental in the design and construction of the PNAMDC Website. PNAMDC 501(c)3 status was reinstated during her term.

Dr. Lorna Imperial-Seidel served as PNAMDC Presi-dent from 2015 to 2017. As PNAMDC President, she built her legacy on her professional life mission, which was adapted as PNAMDC’s mantra: “Leading the Way to Innovation, Excellence Through Health Empowerment, Advancement Leadership, Transformation HealIng.” _She established the organization’s Leadership Institute, Humanitarian and Legislative, Education and Research committees. PNAMDC established its first Health and Wellness Outreach Community Fair serving Prince George’s County with the American Diversity Group and partnered with Walden University. This laid the groundwork for new strategies, such as online webinars, to provide continuing education to PNAMDC members. Together with the tremendous help from the officers and members, she directed the organization of the successful and well attended 37th PNAA National Convention held in Washington, DC on July 20 – 24, 2016. PNAMDC sustained the trenches of giving back to our countrymen with medical missions to Surigao City, Cebu City, and Bulacan. PNAMDC received several awards during her term: Empowerment Leadership Award 2015, Most Outstanding PNAA Chapter 2016 and the 2016 Presidential Banaag Award category.

Myrna Joy Arellano served as PNAMDC President from 2017 to 2019. The association’s theme during her term was “Nursing with C.A.R.E. (Commitment; Aware-ness; Respect, and Engagement). She adapted the Healthy Nurse Healthy Nation initiative through the American Nurses Association. She has collaborated with partners from the community in providing lectures on healthy food choices, exercise, and wellness education. She conducted medical missions to the Philippines in Sto. Rosario, Batangas and San Mateo, Rizal. Ms. Arellano was awarded Most Outstanding in Healthcare Profession and Community Service by the Migrant Heritage Commission on June 23, 2018. In-creased collaboration with other organizations and community involvement earned PNAMDC a Community Service Award from Maryland Governor on December 4, 2018.